WHAT:       Dedication of the 2,684th Star on the Hollywood Walk Of Fame
in the Category of Recording

WHERE:    6810 Hollywood Boulevard across from the Hollywood & Highland Complex 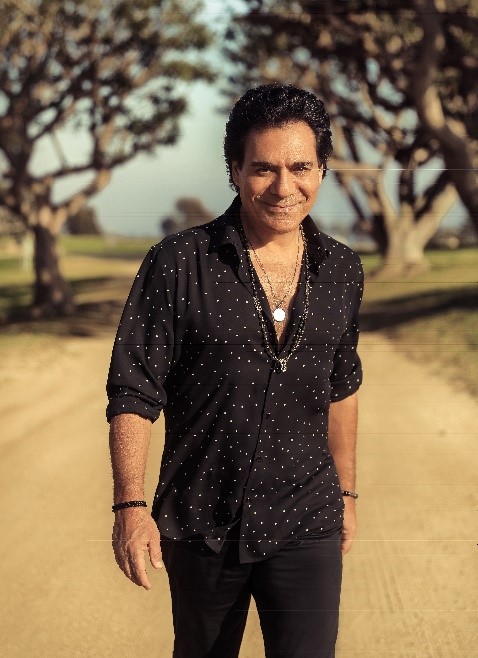 The Hollywood Chamber of Commerce honored international music artist Andy Madadian with the 2,684th star on the Hollywood Walk of Fame on today, January 17, 2020 at 11:30 a.m. PST. The star was dedicated in the category of Recording at 6810 Hollywood Boulevard across the street from the Hollywood & Highland Complex, home of The Dolby Theatre.

Helping Emcee Rana Ghadban, President & CEO of the Hollywood Chamber of Commerce to unveil the star were Miles Copeland and La Toya Jackson.

Andy Madadian’s immense musical talent, humanitarian efforts and diverse background have culminated in a remarkable entertainment career spanning 40 years, during which he has become a beloved icon around the world. Andy has released 15 albums that have sold millions of copies internationally.

Andy’s family came from humble beginnings. He grew up withnine people living in a small one-room house. But their house was filled with love, laughter, and most importantly for Andy, music.

As Andy was beginning to explore his musical roots, his native land entered into a turbulent period that led to a civil war. He made the decision to leave Iran, and moved to California with a student visa to play soccer for Cal State University LA. Despite starting from zero with no support network or place to live, Andy managed to make a life for himself in Los Angeles. He attended classes during the day and found work playing guitar at local clubs at night. Andy then formed the musical duo Andy and Kouros with fellow musician Kouros Shahmiri. The duo released four albums together before embarking on their respective solo careers.

Andy is credited for creating a new fusion of sound that combines the music of his Iranian-Armenian heritage with African rhythms, Spanish flamenco guitar licks, and Western dance music. His global, exotic sound reflects his international roots and experiences, which have allowed him to connect with millions of people around the world

Nicknamed the “Persian Bono”. the Iranian-Armenian American musician has toured extensively around the globe playing some of the world’s most prestigious venues, theatres, and stadiums and has sold millions of albums in the process. In 2017, Andy became the first Iranian-Armenian-American singer to receive the prestigious Ellis Island Medal of Honor in New York.

He recorded the song “Stand by Me” with Jon Bon Jovi to show solidarity and bring awareness for the people of Iran, garnering over millions of hits on YouTube. In addition to high profile musical collaborations with Jon Bon Jovi, Ritchie Sambora, La Toya Jackson, Don Was and John Shanks, he has contributed musically and as an actor to films which include “The House of Sand and Fog”, “The Keeper”, as well as several indie films.

Andy  has won several awards over the course of his 40 year career, including the Icon Award and Best Duet with La Toya Jackson from the Big Apple Music Awards, the Concord Award from Moscow in 2014, The Voice of America (Persian News Program) award for Best Artist of the Year, the FOG (Festival of Globe) Award for Legendary Artist and Excellence in Music in San Jose, CA, and several awards from AMFA.

A true humanitarian, Andy has contributed to many international charitable causes during the span of his career. He is an Officer of Voices Out, a 501(c)3 non-profit organization founded by his wife, Shani Rigsbee, a fellow singer/songwriter and film producer. Voices Out’s mission is to provide a voice and aid children and animals in neglectful, abusive and abandoned conditions both in the US and abroad.   Andy has donated countless hours and performances for fundraisers to support medical facilities around the world. Due to his international popularity and philanthropic reputation, Andy was invited to perform at the One World Peace Concert with His Holiness the Dalai Lama in 2012. The concert was a celebration of music, peace, and common ground.

Today, Andy is the living proof of the American dream. A long-time resident of Los Angeles, the city’s diversity and rich culture have helped to continue to fuel his unique sound that has catapulted him to international superstardom.