HOLLYWOOD CHAMBER OF COMMERCE HONORS HARRY CONNICK JR.
WITH STAR ON THE HOLLYWOOD WALK OF FAME

Connick’s star is situated next to the star of one of his favorite songwriters, Cole Porter

WHAT:       Dedication of the 2,678th Star on the Hollywood Walk Of Fame
in the Category of Recording

WHERE:    7080 Hollywood Boulevard in front of IgnitedSpaces near La Brea Boulevard 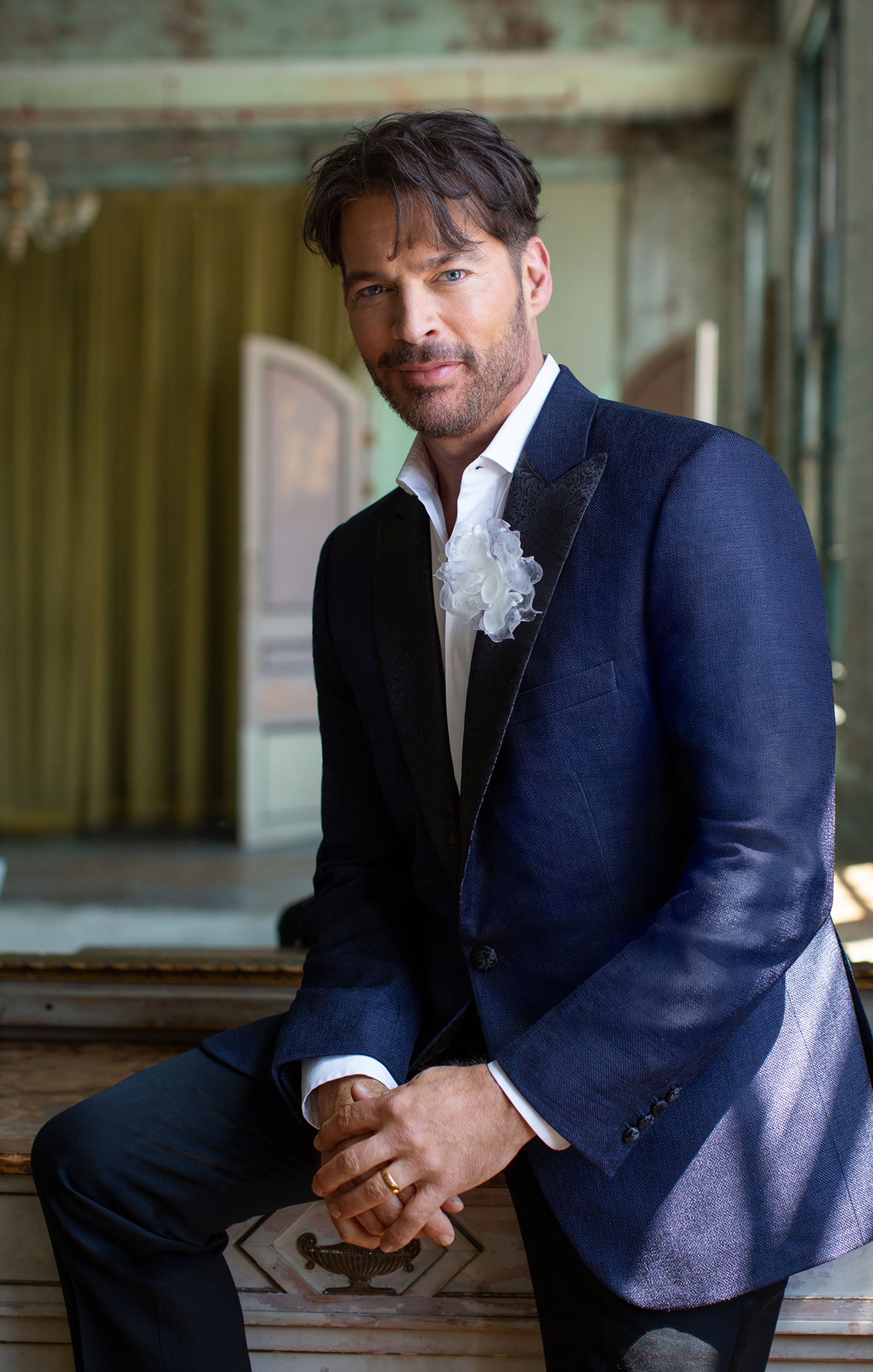 The Hollywood Chamber of Commerce proudly honored Grammy and Emmy Award-Winning & Tony-nominated entertainer Harry Connick, Jr. with the 2,678th star on the Hollywood Walk of Fame today, October 24, 2019. The star was dedicated in the category of Recording at 7080 Hollywood Boulevard in front of IgnitedSpaces.

“When choosing a star location, we try to incorporate ties to the honoree and this one turned out to be a coincidence as we had heard in the past that one of Harry’s favorite songwriters is Cole Porter, who is Harry’s neighbor star. His latest album, titled True Love: A Celebration of Cole Porter, will be released tomorrow, October 25th, and will be followed by a Broadway show in December entitled Harry Connick, Jr: A Celebration of Cole Porter. Talk about serendipity!” stated Ana Martinez, Producer of the Walk of Fame. “We welcome Harry to our Walk of Fame neighborhood and we are proud to honor him!”  added Martinez.

Helping Emcee Rana Ghadban, President & CEO of the Hollywood Chamber of Commerce to unveil the star were Walk of Famer and Academy Award-winning actress & producer Renée Zellweger, Trish Kinane, Showrunner and Executive Producer of American Idol & President, Entertainment Programming Fremantle. Harry’s three daughters Kate, Georgia and Charlotte Connick surprised their father when they all came on stage to pay a sentimental tribute to their father.

Harry Connick, Jr.’s career has exemplified excellence across multiple platforms in the entertainment world. He has received Grammy and Emmy awards as well as Tony nominations for his live and recorded musical performances, his achievements in film and television and his appearances on Broadway as both an actor and a composer.

Over the past three decades, Connick has established himself as a musician, singer and composer par excellence, a legendary live performer and a best-selling artist with millions of recordings sold around the world.  Highlights of his music career include several multi-platinum recordings such as “When Harry Met Sally,” “Blue Light, Red Light (Someone’s There)”, “When My Heart Finds Christmas,” “Come By Me”, and “Only You.”

Connick has appeared in 19 films including Dolphin Tale with Morgan Freeman, Hope Floats with Sandra Bullock, P.S. I Love You with Hilary Swank, Bug with Ashley Judd, and Copycat with Sigourney Weaver, and on television (American Idol, Will & Grace, South Pacific, not to mention his Emmy Award winning concert specials). In the fall of 2016, he launched Harry, a national daytime television show featuring his touring band, which earned 11 Daytime Emmy nominations in its two seasons, including two nominations for best host, and a Critics’ Choice nomination for best talk show. On Broadway, Connick received Tony nominations as both a lead actor in The Pajama Game and as a composer/lyricist for Thou Shalt Not.

Despite his busy career, Connick has always found the time to be charitable and has done some of his most important work in his efforts to help New Orleans rebuild after the devastation of Hurricane Katrina. He, along with friend Branford Marsalis, conceived of “Musicians’ Village,” a community in the Upper Ninth Ward of New Orleans. Musicians’ Village provides homes for Katrina-displaced musicians and its focal point, the Ellis Marsalis Center for Music, is an after-school teaching facility for children, a performance hall and recording studio for indigent musicians, and a gathering place for the community.

Connick’s honors, including induction into the Hollywood Bowl Hall of Fame, Honorary Doctorates from Tulane and Loyola Universities and the Jefferson Award for Public Service, have not led Harry Connick, Jr. to slow his creative pace; they only confirm his determination to apply his talents in ways that prove inspirational to other artists and publicly spirited citizens.