WITH STAR ON THE HOLLYWOOD WALK OF FAME

WHAT:       Dedication of the 2,659th Star on the Hollywood Walk Of Fame in the Category of Motion Pictures

WHERE:    7024 Hollywood Boulevard adjacent to the Hollywood Roosevelt Hotel 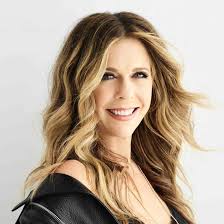 The Hollywood Chamber of Commerce proudly honored Rita Wilson  with the 2,659th star on the Hollywood Walk of Fame today, March 29, 2019 at 11:30 a.m. PDT. The star was dedicated in the category of Motion Pictures at 6270 Hollywood Boulevard, adjacent to the historic Hollywood Roosevelt Hotel.

“Rita Wilson is one of Hollywood’s most beloved entertainers. As a matter of fact she is a Hollywood native and grew up in this town!” stated Ana Martinez, Producer of the Walk of Fame ceremonies.  “The Hollywood Chamber of Commerce is proud to have her join our Walk of Fame family” added Martinez.

Helping Emcee Rana Ghadban, President & CEO of the Hollywood Chamber of Commerce, to unveil the star will be Tom Hanks and Julia Roberts.  Celebrities in attendance included: Larry David, Martin Short and Nia Vardalos to name a few.

Rita Wilson is a multi-talented actress, producer, and singer/songwriter.  A native of Hollywood, California, Wilson’s illustrious career on screen started with her role on the beloved series, The Brady Bunch, where she earned entry to the Screen Actors Guild.  Her additional early TV appearances were on such staples as M*A*S*H, Three’s Company, Happy Days, Hawaii Five-O, Moonlighting, Frasier and more.  She also appeared on the Emmy-Award winning series From The Earth To The Moon, followed by recent stints on such acclaimed series as Curb Your Enthusiasm, Girls and The Good Wife among others.

Audiences will never forget her in Nora Ephron’s Sleepless in Seattle (with the unforgettable scene referencing An Affair to Remember).  Rita has appeared with some of the finest actors of her generation in such films as It’s Complicated, Mixed Nuts, Now and Then, That Thing You Do!, Jingle All The Way, Psycho, Runaway Bride, Invisible Child, The Story of Us, Auto Focus, Raise Your Voice, The Chumscrubber, Beautiful, Ohio, My Life in Ruins and  Old Dogs.  Additional recent film work includes wrapping production on the independent film, Emmett for which she also contributed an original song.  Rita also stars in the upcoming film Simple Wedding which made its premiere at the Los Angeles FilmFestival in September 2018. Rita also co-wrote and sang the end-credits song, “Heart Unknown” for Simple Wedding.

She first donned her producers cap for the record-breaking box-office hit, My Big Fat Greek Wedding and returned as a producer and actor in its sequel, My Big Fat Greek Wedding 2, released in 2016. Additionally, Rita co-wrote and performed Even More Mine, the song which plays over the film’s credits. Wilson, the driving force behind bringing Nia Vardalos’ semi-autobiographical story to the screen with Vardalos as the lead, was honored with the Producer’s Guild of America’s Visionary Award, the People’s Choice Award for Favorite Comedy, as well as receiving Golden Globe and Oscar nominations. Rita’s instincts proved solid once again when she saw the theatrical production of Mamma Mia! in London shortly after it opened. Rita’s love of ABBA’s music led her to secure the rights and develop the 2008 Universal hit starring Meryl Streep and Pierce Brosnan. Wilson served as an Executive Producer for its sequel, Mamma Mia: Here We Go Again! released on July 20, 2018 by Universal Pictures.

Music has always also been one of Rita’s passions.  Her new album, Halfway to Home was be released today, making for a notable day along with her honor on the Walk of Fame. Halfway to Home blends Southern California rock with Nashville country and was largely recorded in Nashville.  The first single, “Throw Me A Party,” is available now and was exclusively premiered by Rolling Stone who called the track, “evocative.”  This spring and summer and she will be performing at such notable music festivals as Stagecoach (April), Lake Shake (June) and CMA Fest (June).

Halfway to Home follows Rita’s acclaimed album Bigger Picture released in fall of 2018, which saw her expand on her gifts as a prolific storyteller.  Shortly after its release, Rita made her debut at the historic Grand Ole Opry, and also presented at the 52nd Annual CMA Awards.

Her previous album releases include her debut AM/FM (2012), an elegant and beautifully sung collection of covers of her favorite songs from the ‘60s and ’70s, and her self-titled second album, Rita Wilson (2016), which showcased her songwriting talents through eloquent singer-songwriter pop music etched with stunning honesty. The New York Times declared “Ms. Wilson has a catch in her voice that conveys yearning and potential heartbreak behind a facade of cheer,” while Billboard commented she is “growing even more comfortable as a songwriter.”

Rita has toured extensively; in addition to her own headlining shows she toured with the Rock and Roll Hall of Fame band CHICAGO in 2015 and created Liner Notes: Songwriters, Stories and Music, in which she is joined by special guests for an evening of songwriters performing and sharing the stories behind their songs.  The show has been performed in such famed venues as the Geffen Playhouse in Los Angeles, the Bluebird Café in Nashville and the iconic Café Carlyle in New York City multiple times.  For her LA performances of Liner Notes, Rita won the Broadway World Award for Best Female Cabaret – Large Venue.

Her theater credits include her starring Broadway debut role as Roxie Hart in the musical Chicago and Larry David’s hit Broadway original comedy Fish in the Dark.  She has also appeared in the New York and Los Angeles stage productions of Love, Loss & What I Wore, written by Nora Ephron & Delia Ephron, Lisa Loomer’s world premiere Distracted, and the Pulitzer-Prize winning Dinner With Friends, directed by Tony winner Dan Sullivan. Rita continues to work with the Shakespeare Festival/LA, a charity that provides free Shakespeare to the citizens of LA, as well as providing a program for youths in the community.

For more than twenty years she and her husband, Tom Hanks, along with Kate Capshaw and Steven Spielberg have raised 75 million dollars for women’s cancer research through the Women’s Cancer Research Fund.  And along with Hanks, Rita has also helped raise funds for the WWII Memorial in Washington DC, The National WWII Museum in New Orleans and the Academy Museum of Motion Pictures in Los Angeles opening in 2019.