WHAT:       Dedication of the 2,676 Star on the Hollywood Walk Of Fame
in the Category of Recording

WHERE:    6270 Hollywood Boulevard next to the W Hotel and Hollywood Burger at the famous corner of Hollywood & Vine 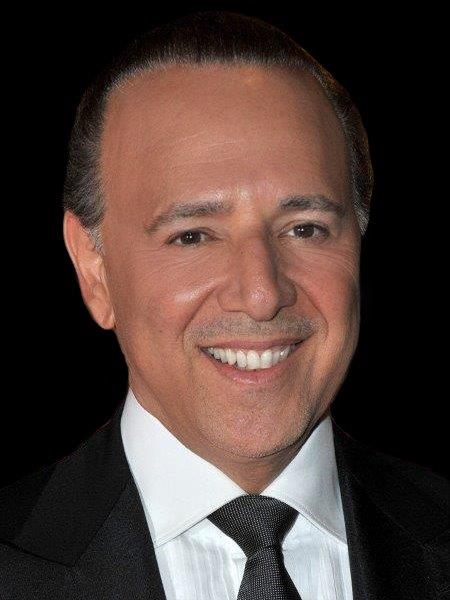 The Hollywood Chamber of Commerce proudly honored music mogul Tommy Mottola with the 2,676th star on the Hollywood Walk of Fame on Thursday, October 10, at 11:30 a.m. PDT. The star was dedicated in the category of Recording at 6270 Hollywood Boulevard near the star of his wife, entertainer Thalia.

“Tommy Mottola is one of the most prolific music industry executives of our modern age,” said Ana Martinez, Producer of the Hollywood Walk of Fame. Many of the artists he has worked with are Walk of Famers and now is his time to be honored with his own Walk of Fame star!” added Martinez.

Tommy Mottola, former Chairman and CEO of Sony Music Entertainment is one of the most influential executives in the history of the music industry. He currently heads the Mottola Media Group, a global media company in New York City which includes live theaterand television production. He is credited with discovering and guiding the careersof such iconic artists as Hall and Oates, Carly Simon, John Mellencamp, Mariah Carey, and Celine Dion. If that weren’t enough, Mottola signed and developed Gloria Estefan, Ricky Martin, Shakira, Jennifer Lopez and Marc Anthony in what TIME Magazine called the “Latin Explosion” in 1999.

Starting as a musician and an Epic Records recording artist at the age of eighteen, He returned twenty years later to run that verycompany as Sony Music Entertainment’s global CEO. He revitalized Sony’s publishing division by acquiring the music catalogues of The Beatles along with Michael Jackson, andenabled Sony to become one of the first major’s to make available commercial digital downloads. In his tenure, he is credited with tripling the company’s revenue, selling an estimated 8 billion CDs resulting in nearly 65 billion in sales and expanding Sony Music Entertainment’s operation to over 60 countries around theworld.

Mottola was able to create new and successful business models such as amphitheaters in a co- venture with PACE Concerts and creating the world’s largest rock merchandising company, Sony Signatures, which all became part of Live Nation Entertainment. He was instrumental in the inception and growth of SONY WONDER, a children’s label, forging partnerships with Nickelodeon and Sesame Workshop.

He is a NY Times best-selling author for his memoir, “HITMAKER, the Man and His Music” (Hachette 2013). Tommy, more recently partnered with Entertainment One (Eone), to develop and executive produce scripted and unscripted TV programming via his Mottola Media Company. His first project, a scripted series, Harlem High, has been set for development at Freeform in conjunction with Overbrook Entertainment.  He has produced Broadway’s smash-hit musicals, Summer: The Donna Summer Musical, A Bronx Tale, Ground Hog Day, and Jersey Boys (off- Broadway), and currently has in preproduction and bound for Broadway the much anticipated Clueless and Johnny Cash Musicals. He also produced two well-received HBO documentaries, "The Latin Explosion” and “15: A Quinceanera Story.”

Mottola has also been involved in philanthropy throughout his career. He has given of his time to such organizations as: City of Hope, Rock and Roll Hall of Fame Foundation and Museum, TJ Martell Center for Cancer, Leukemia and AIDs, United Jewish Appeal, National Italian American Foundation and the National Center for Missing and Exploited Children.