WHAT:       Dedication of the 2,670th star on the Hollywood Walk of Fame
in the Category of Recording

WHERE:    6405 Hollywood Boulevard in front of the Stars on Hollywood Store 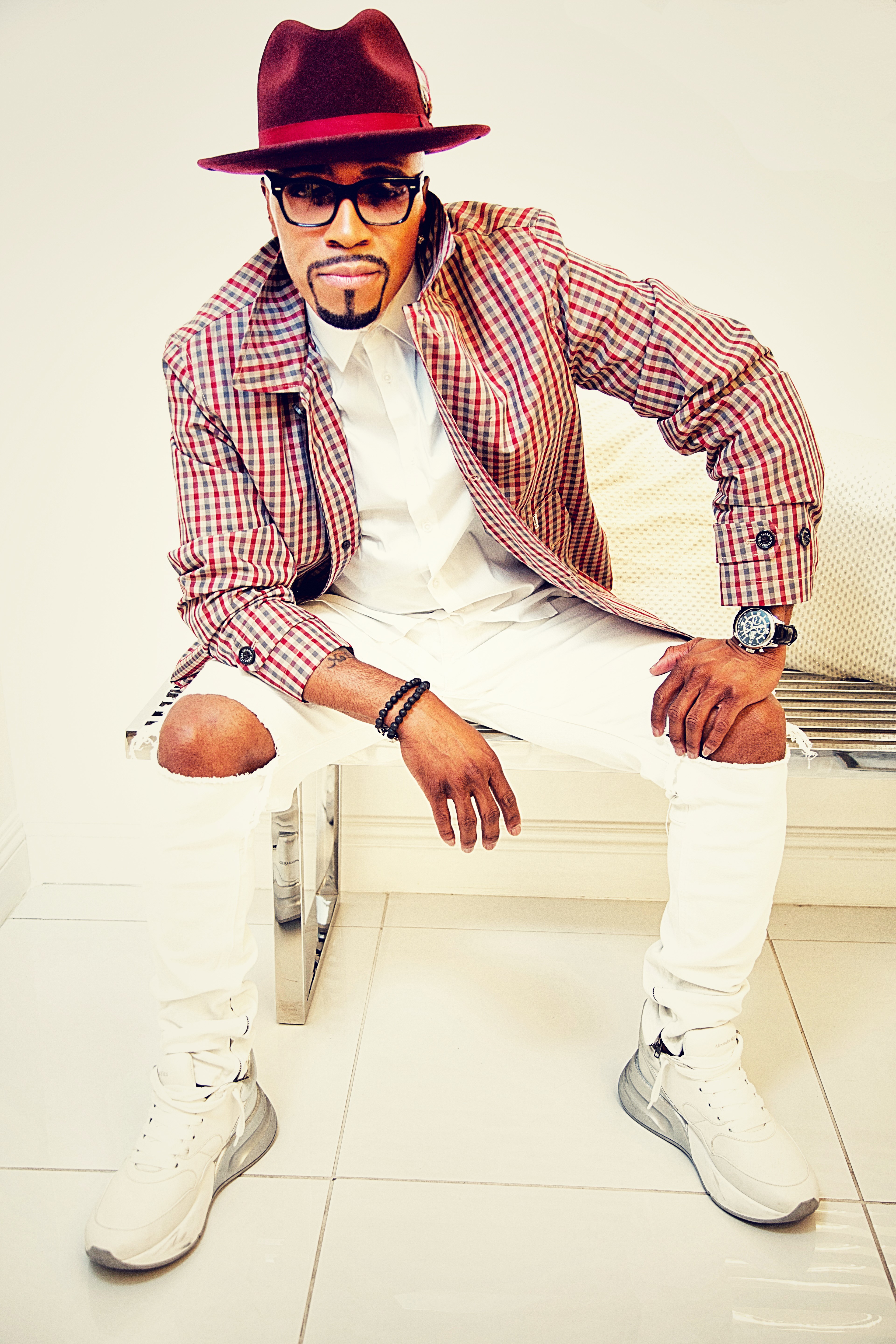 The Hollywood Chamber of Commerce proudly honored recording artist/music producer Teddy Riley with the 2,670th star on the Hollywood Walk of Fame today, Friday, August 16, 2019. The star was   dedicated in the category of Recording at 6405 Hollywood Boulevard.

Helping Emcee Rana Ghadban, President & CEO of the Hollywood Chamber of Commerce to unveil the star were singer, Tank and music producer/executive Andre Harrell.  Other celebrities on hand for the celebration included: Walk of Famer Clarence Avant, Mc Lyte, Mike Concepcion and MAJOR.

The Hollywood Chamber of Commerce which administers the popular star ceremonies encourages people who are unable to attend and fans around the world to watch the event live streamed exclusively on www.walkoffame.com.

For more than 30 years, Grammy award-winning, multi-platinum music icon Teddy Riley has embodied the spirit of innovation and ingenuity as a recording artist, songwriter, producer, composer, arranger, engineer and all-around trailblazer. With more than 1,000 credits to his name, the legendary Riley has amassed a host of awards and accolades throughout his storied career for his incredibly vast contributions to music, which include being credited as the creator of New Jack Swing, the groundbreaking genre that re-defined the musical landscape of the 1980s and 90s.

Recognized as a child prodigy, Harlem native Teddy Riley began his musical journey playing multiple instruments at his home church at the tender age of five-years old. By the age of 14, Riley’s gifts were leading him toward music production, and he was spending most of his time crafting beats for local New York rappers in a studio within his uncle’s famed Harlem-based nightclub – The Rooftop. Under the tutelage of local music producer Gene Griffin, Riley soon formed his first group, the short-lived Kids at Work but it was his work as a producer that provided his first big break.  In 1985, the precocious young talent co-produced Doug E. Fresh and the Get Fresh Crew's classic "The Show” and then, at the age of 17, he produced rapper Kool Moe Dee's single, "Go See the Doctor," which became a mainstream hit, reaching #89 on The Billboard Hot 100.

With his songwriting and production work for other artists, Riley was fast building a name for himself and was introducing a new sound fusing hip hop and R&B music that would become known as New Jack Swing. On November 25, 1987, he co-produced R&B singer Keith Sweat’s debut solo studio album titled, “Make It Last Forever”, which went on to sell three million copies. One the biggest hit singles from this album, "I Want Her" (#1 R&B/#5 Pop), ultimately ushered in the New Jack Swing era.

Also in 1987, Riley brought his much sought-after talents in-house when he, Aaron Hall, and Timmy Gatling formed the R&B group Guy. Riley's work with Guy firmly cemented the New Jack Swing sound in popular culture as he infused his own unique blend of Hip Hop beats and R&B progressions with the Gospel vocal stylings of Hall to create this fresh fusion of musical styles on Guy's eponymous debut in 1988. The following year, Riley, who was also still in high demand as a producer, produced Big Daddy Kane's classic "I Get The Job Done", as well as other work for The Jacksons, The Winans, James Ingram and the majorly successful remix of Jane Child’s crossover hit "Don't Wanna Fall in Love".

In 1992, Riley began to turn his focus to his hip-hop group Wreck-N-Effect's and their second album Hard or Smooth. Based in Virginia by this time, Riley discovered and signed production duo, The Neptunes (composed of then fledgling producers Pharrell Williams and Chad Hugo), during the making of Wreck-N-Effect's smash hit single "Rump Shaker".

In late 1991, Riley formed another group - Blackstreet. A few years later, they would go on to release several major hits including "Don't Leave Me" (1997), "Girlfriend/Boyfriend" (1999), with Janet Jackson, Eve, and Ja Rule and, of course, the Grammy-winning indelible classic "No Diggity" (1996, featuring Dr. Dre and Queen Pen), which reached number #1 on The Billboard Hot 100.

Riley’s illustrious catalogue encompasses a massive list of timeless hits that he has composed, produced and/or written including: Guy (“Groove Me”, “Let’s Chill”, “I Like,” “Teddy’s Jam”); Johnny Kemp (“Just Got Paid”); Bobby Brown (My Prerogative); Heavy D (“Now that We Found Love”); High Five (“The Kissing Game”); The Winans (“It’s Time”).

Most recently, Riley was inducted into the Hip-Hop Hall of Fame and bestowed with the Soul Train Legend Award.